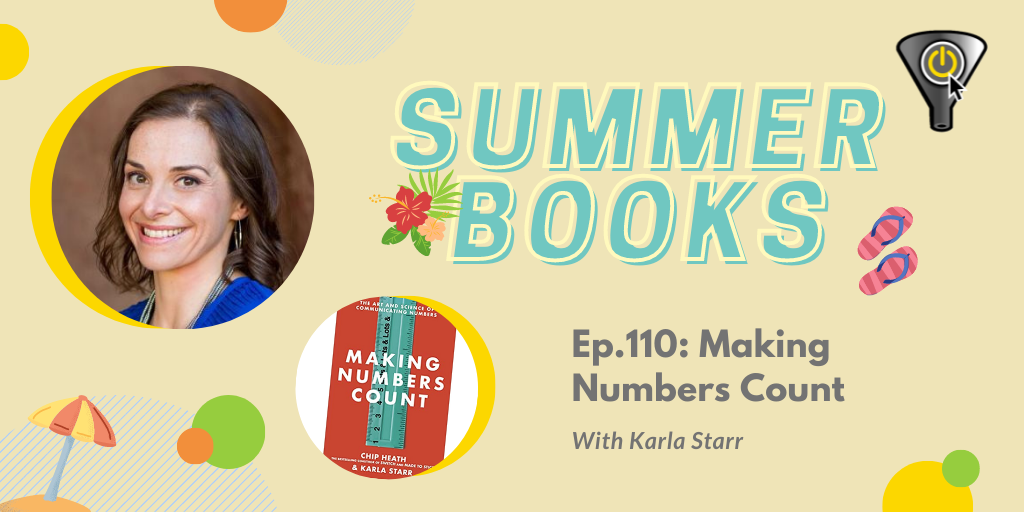 We humans are good at dealing with small numbers. So good, scientists have coined the word “Subitizing” to describe how we know small numbers as well as the back of our hand. The opposite is also true. We can’t differentiate big numbers. We know that 10 to the power of 10 is bigger than 10 to the power of 9, but how much bigger? Even on hearing that they differ by a factor of billions, we stumble to gauge that kind of scale.

This puts those of us who present numbers in a pickle. Historical greats like Florence Nightingale had a terrible time presenting her data to government leaders. She broke with convention, framing everything in terms of soldiers not statistics, to argue how to prevent needless deaths in military hospitals.  The book in today’s show explains methods used by her & others to convey numbers that the brain has a hard time grasping.

Knowing tactics that worked for Florence,  should at the very least help us convince management to approve our marketing initiatives.

Since graduating with a BA in Psychology and Philosophy from NYU, Karla Starr has written columns for Medium  and appeared on NPR and CBS Sunday Morning. She has also written for many magazines and won an award for the Best Science/Health story from the Society of Professional Journalists.

Her first book was Can You Learn to Be Lucky? Why Some People Seem to Win More Often Than Others. We’re talking today about the second book  Making Numbers Count: The Art and Science of Communicating Numbers, with Chip Heath