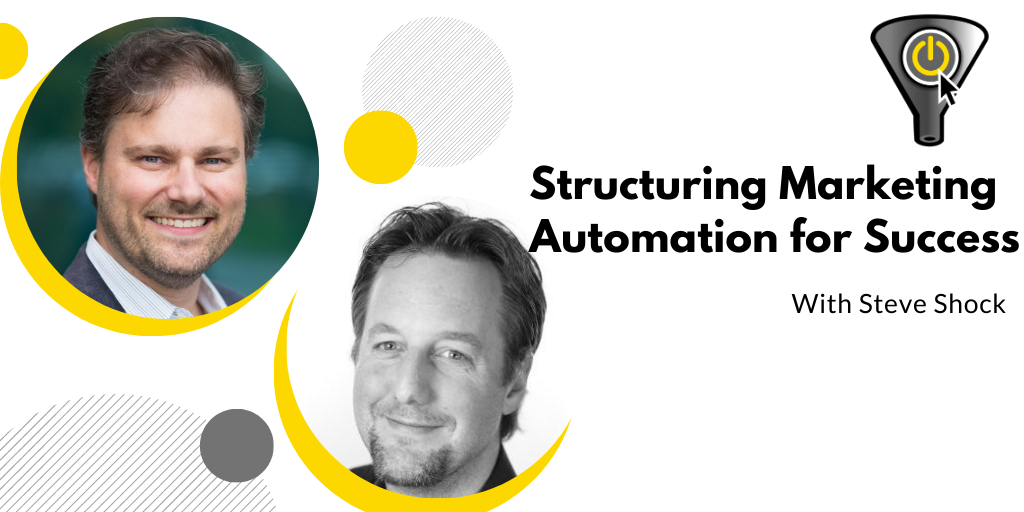 Until recently, contacting prospects and customers was difficult and came with enterprise-sized price tags. Only 25 years ago, the CRM landscape was dominated by PeopleSoft, Oracle and Siebel. To send out mass emails, products like Yesmail, UnityMail, ExactTarget and FloNetwork used to be the only games in town. But around the year 2000 the cloud-based CRM Salesforce entered as well as entry-level email tools like MailChimp. Then followed by a newer breed of tools that sent emails and bolted onto a website, letting you trace when email recipients revisited your site. This marked the start of Marketing Automation platforms, which has the power of old enterprise systems at a much lower price point, and they talk to CRMs. Around 2010, Steve Shock got so intrigued with Marketing Automation’s potential, he decided to act as a consultant to show companies how to take advantage of the tools.

Steve specializes in revenue generation engines for SMB’s in B2B. As head of Shock & Co, he works independently or part of a larger team. He also works with the non-profit organization, Invest Ottawa, as an advisor to companies who are trying to scale.

Listen in the episode where Steve talks about how to set up marketing automation campaign’s so they will keep in touch with buyers throughout their journey. I love that he avoids jargon when describing the technical parts of this, and he has actionable tips for both prospect and customer communication.

Steve can be contacted on LinkedIn or at shockandco@gmail.com

For inspiration on how to write copy to use in automated emails, look at emails you/your sales team have already sent to prospects.