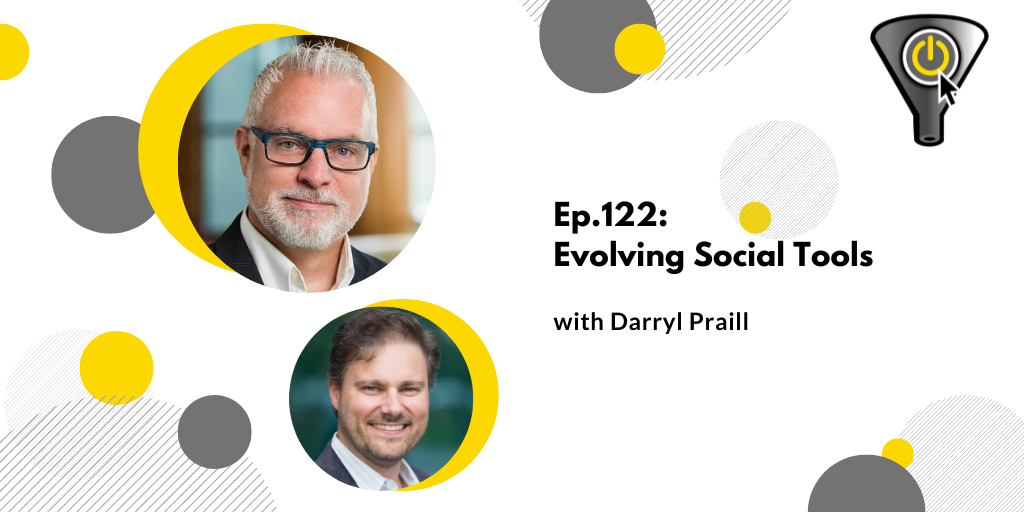 Darryl Praill is the CMO at Agorapulse where he leads a global team of 40. Prior to that, he held executive roles with companies like SAP, IBM, Kinaxis, Airbus and VanillaSoft. He has consulted for AC Nielsen, Salesforce.com, UBM and Tweed. He is also a speaker at keynotes and on podcasts (which at last count runs into the hundreds).

You become convinced after hearing Darryl, he has a commanding grasp of how the social media game is played. He got onto social platforms earlier than anyone I know. He was posting audio & video content as soon as they’d let him, and his posts were from eyebrow-raising locales such as on top of parking garages, to the middle of a golf course fairway to the Arc de Triomph in Paris. The comments and engagement he generates must be seen to be believed. Where did he get this sixth sense on using social media? I think he learned to think strategically growing up in Chatham Ontario, where he played chess and became one of the highest-ranked high school students in his region.

Yet, to play the social media game in the 2020s takes not just posting strategies but also sophisticated listening, triaging and interacting with our audience. And in his day-job marketing a social media management tool, he has a birds-eye view of how tools have evolved to help us play this game.

He is one of the only people to have appeared twice on this podcast, and he joins me today from his home office in Ottawa. My friend, Darryl Praill.

Go listen to the other talk I had with Darryl back in Episode 28: Thought-Leading Content on LinkedIn