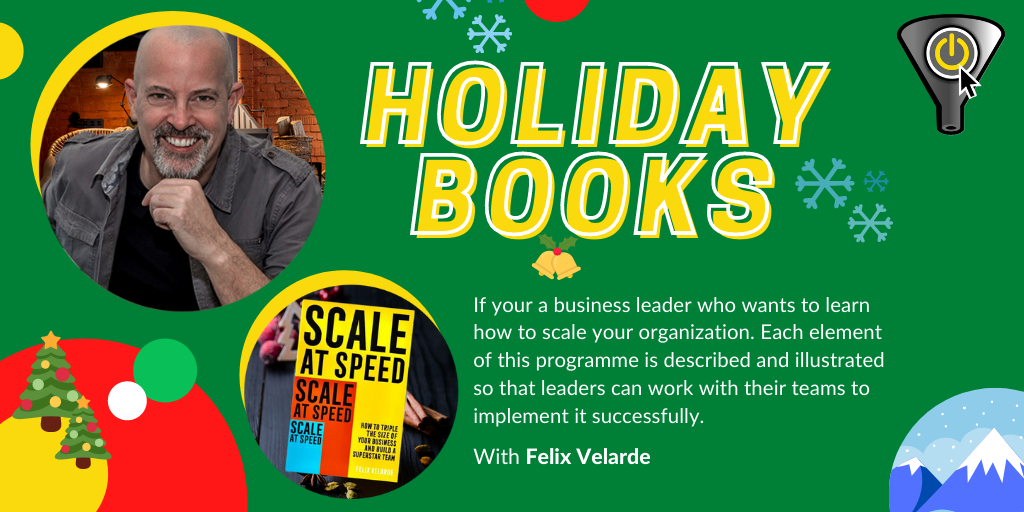 Has this ever happened to you? You’re working as a Marketer, either in-house or as the agency serving another business. You work earnestly to do what leadership asks. You might even be part of the leadership team, directing the marketing efforts. But inside, you’re bugged by a question. While you architect campaigns, answer emails and sit in meetings, the question is there in the back of your head. You wish it had an answer, but that magic bullet keeps eluding you. It’s “How are we going to grow?”

My guest says that growth can happen, but it’s part of a larger challenge, and not just one that marketing has to tackle. For growth to happen, both marketing (who’s got a pivotal role here) and the whole company have to retool themselves into an entity that can scale.

Felix Velarde began as an entrepreneur, starting a web design agency in 1994, when websites were just starting to be a thing. He then became a journeyman CEO for a string of digital agencies, eventually moving onto a role where he chaired those businesses. He has also been an adjunct professor at Hult International Business School and UK lead at Vint Cerf’s People-Centered Internet coalition.

In 2014 Felix broadened the advisory role to other companies like tech startups, at which point he boiled the growth principles he’d learned down to a system that any businesses could use. In 2021 he published the playbook of his two-year program that he claims will triple a company’s size, called “Scale at Speed”

Listen to how instrumental  Felix  considers the role that marketing plays in building the firm’s proposition. Also watch who he says should be in charge of growth; it’s probably not the roles you’d expect to be most effective at it.