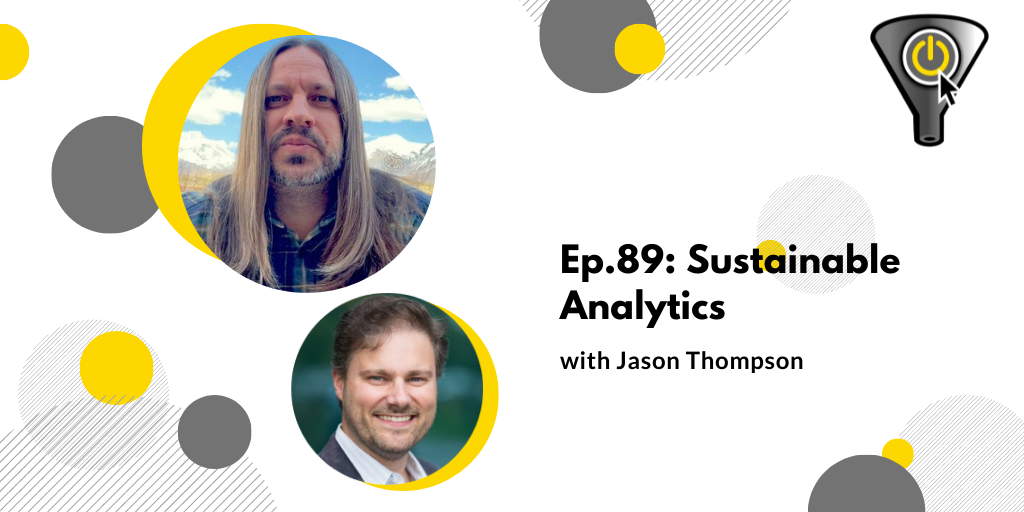 What does it mean to be doing analytics right? It doesn’t mean only that a company’s analysts are being accurate, it has to do with how our company makes decisions. The data guiding those decisions doesn’t just spring up out of nowhere, there’s got to be a functional team analyzing it. What’s the composition of that team? What kind of process do they follow? Do outsourced partners get involved? What technology is used? Leaders that don’t put enough thought into this can burn through both people and budgets, and their organizations never become data-driven like they’d hoped. To borrow a term from environmentalists, their analytics function was unsustainable.

Jason Thompson thought he’d grow up to be a geologist. By college though, he chose to go into Information Systems and came out of college to work at the once-mighty Novell. Over the course of several years, Novell shrank and then laid off his group. He switched to implementing Omniture web analytics for various companies; which showed him both the highs and lows of the consulting firm model. He then went to a brand with a popular web-based business, which caused him to question the value analytics really offered an organization. While there he met coworker Hila Dehan. They started imagining what analytics done right would look like and in March 2013 they started their own analytics shop 33 Sticks.

There’s more to the story of them working together, such as how they came up with their company’s name, but I’ll let him tell you that.